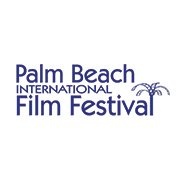 As a part of the on-going effort to raise the Palm Beach International Film Festival to a new level, PBIFF became a competitive forum in 2003. Annually, filmmakers selected for competition have the opportunity to receive acknowledgment for their artistic work in such categories as Best Picture, Best Documentary, Best Director, Best Actor/Actress, Best Short Film and Audience Favorite.

The Palm Beach International Film Festival is committed to supporting emerging filmmakers of today and tomorrow. We strive to recognize new and original voices throughout the world and channel the excitement of film into our local schools.