From 1988-1990, the PBSF founders produced events in association with the Chamber Theatre of the Palm Beaches and Young Audiences of Palm Beach County. Their success lead to the formation of the Shakespeare Festival in January 1990. Their premiere production was in March, featuring Shakespeare's MACBETH at the Duncan Theatre, Palm Beach Community College, West Palm Beach campus, with Burt Reynolds as Honorary Chairman. In September 1990, PBSF moved to Carlin Park, Jupiter, and premiered Shakespeare by the Sea:A Renaissance Festival and PIay-in-the-Park, featuring Shakespeare's comedy, TWELFTH NIGHT. The event attracted over 10,000 people in one weekend. Shakespeare By The Sea has continued as an annual event, featuring THE TEMPEST ('91), MIDSUMMER NIGHT'S DREAM ('91), RICHARD III ('92), AS YOU LIKE IT ('93), ROMEO AND JULIET ('94), TWELFTH NIGHT ('96 amphitheatre premiere), MACBETH ('97), THE WINTER'S TALE ('98), MUCH ADO ABOUT NOTHING ('99), HAMLET ('00 Tenth Anniversary feature), THE COMEDY OF ERRORS ('01), TAMING OF THE SHREW ('02), and ROMEO AND JULIET ('03).

Since its inception, PBSF has toured to numerous South Florida schools, as well prominent theatres, community centers and festivals in Palm Beach and Martin County. For two seasons, PBSF founded and operated Theatre At The Harbour - Palm Beach Gardens, presenting new works and children's programs. In 1990, PBSF premiered at its "outdoor home," Carlin Park, an oceanfront park in Jupiter. Subsequently, the County Commission and Department of Parks and Recreation designated the park as the North County Cultural site and built an amphitheatre (capacity of 3,000) which was debuted by PBSF in January of 1996. In 2003, PBSF established an "indoor home" as the resident professional theatre company of the new 700-seat Eissey Theatre, Palm Beach Community College, Palm Beach Gardens campus. 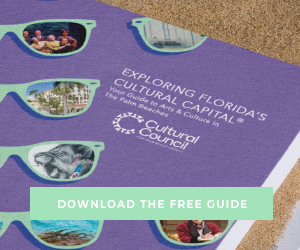